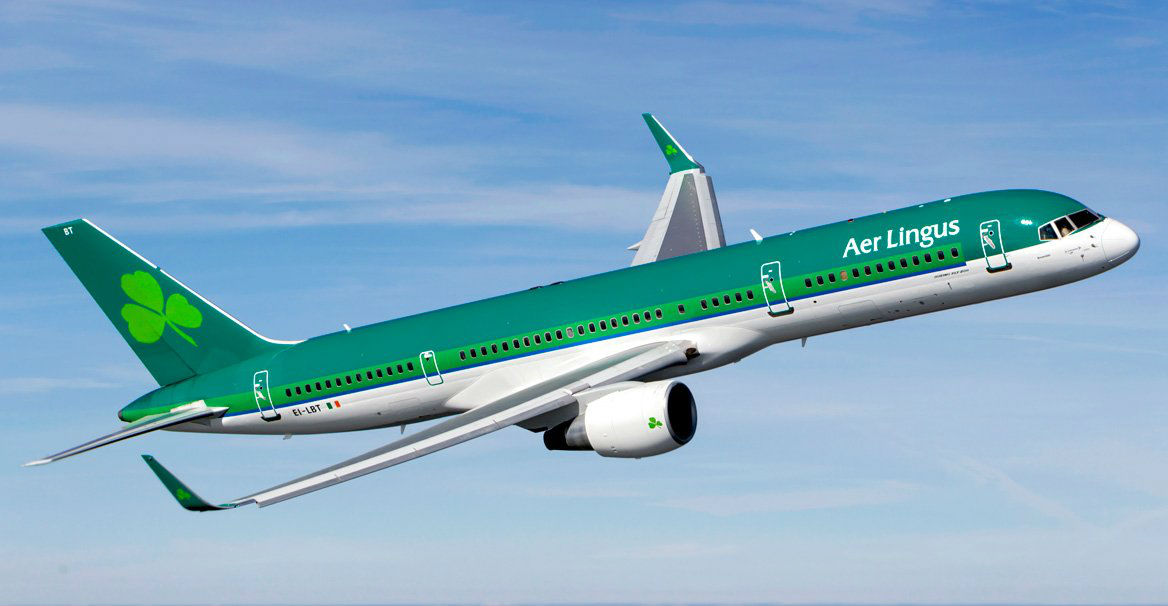 Founded in 1936, Aer Lingus (EI) is Ireland oldest airline and the national flag carrier. It is also the country's second-largest carrier after Ryanair. The company has operating bases at George Best Belfast City Airport (BHD), Cork Airport (ORK) and Shannon Airport (SNN), as well as a hub at Dublin Airport (DUB). It flies to more than 80 destinations across Europe, as well as Turkey, Morocco and the United States. Aer Lingus also has codeshare agreements with seven airlines in the Oneworld, Star Alliance and SkyTeam alliances. Its fleet of 48 aircraft includes planes with both all-Economy Class configurations as well as Business Class and Economy class cabins.